Pressure groups and government officials are seizing property – with no accountability

This is a story of raw power, collusion and government corruption. A story that is taking place in countless towns all over America. A story of “reinvented” government, where self-proclaimed private “stakeholders” and pressure groups set the rules, local elected officials rubber stamp them, and non-elected regional governments enforce them, sometimes with an iron fist – all with no input from citizens, and apparently no rights for private citizens and property owners to stop them or even have a say.

It’s the story of the destruction of private property rights in America. Of injustice and tyranny. Of unaccountable government run amok. We need to take action! (See below, in blue, for what you can do.)

Jennie Granato is a tax-paying citizen of Montgomery County, Ohio. She and her family own a 165-year-old historic house and farm just outside of Dayton. They’ve lived there forty years. On July 31, Jennie’s front yard was demolished – thanks to local, county and planning commission bureaucrats! 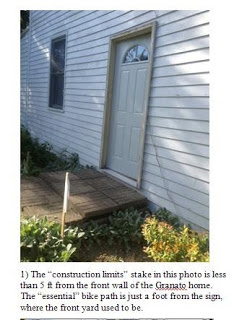 The Miami Valley Regional Planning Commission (MVRPC) has begun seizing people’s private property for its latest “essential” project – a $5-million bike path extension! It has seized almost all of Jennie’s front lawn. The bike path will come within just a few feet of her front door!

Jennie and her family tried for over a year to negotiate and reason with this unelected planning commission. 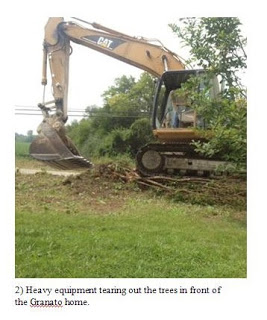 Unfortunately, their neighbors were advised by lawyers not to say anything publicly about the pending land grab, so the media viewed it as a non-story. The county and its appraisers kept stalling, saying they wanted a meeting with Jennie, even as they ignored her pleas and offered a pittance for taking her front yard, and likely driving the value of her home down by tens of thousands of dollars. 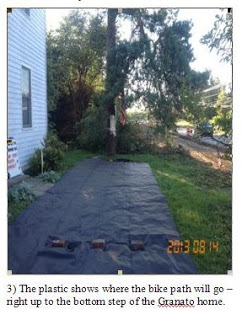 The meeting never came – and officials didn’t even allow Jennie’s uncle to speak at a hearing. But the bulldozers certainly came! Last week, with no warning, they just started demolishing trees. Jennie and her family still own the property – BUT the county has barged in, torn out their trees and destroyed their front yard! They will never be able to walk out their front door again, without worrying that they will be run over by bicyclists roaring by at 10 or 20 miles per hour, just inches from their bottom step. 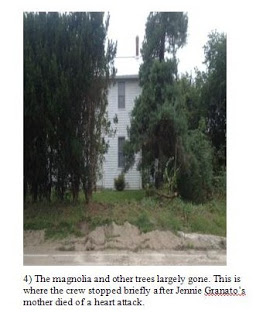 The government trucks and bulldozers also precipitated an even worse tragedy. Jennie’s 85 year old mother became so upset over seeing the government’s heavy machinery destroying her yard and favorite trees that she suffered a heart attack and died.

Of course the government refuses to accept any responsibility for this tragedy. It was just promoting the “public welfare” of the private “stakeholders” and pressure groups it works with.

That too has become far too common. The government and these groups want more and more control over our lives, more power to tell us what we can and cannot do with our property and lives. But they accept no transparency and no accountability, responsibility or liability when their actions hurt … or even kill … someone – or when they destroy the property values, peace and integrity of a home.

The MVRPC is an unelected regional government force driven by federal Sustainable Development grant money. It never faces voters over its actions or positions of seemingly unbridled power. It simply deals with other government agencies – local, state and federal – and with private groups like the American Planning Association, ICLEI Local Governments for Sustainability, and a hoard of other organizations that represent faux “conservation and environmental” interests whose real motivation is money, and the power to control our lives.

They are “stakeholders” only in the sense that they want something – and are holding the stakes that their government friends are driving through the heart of our constitutional rights.

With the assistance of Federal and State grant programs and willing politicians, who see another way to build their own power and get elected over and over, they rule over us like unaccountable dictators. It’s the same story in nearly every community in our nation.

Neither Jennie nor any of her neighbors voted to institute the agency or its policies.

* There was no vote for this bike path.
* There was no referendum on the ballot to approve this project or the spending of their tax dollars.

Yet the MVRPC imposed itself on privately owned property, giving the owner no say in the matter and giving her a pittance in exchange for the land it is taking away. Soon, strangers on bikes will be crossing her land, passing within seven feet of her front door. And she fears there is nothing she can do about it.

How does she secure her home? How can she ever hope to sell it? Who will compensate her for the loss of value, now that her once lovely and private front lawn is gone? Certainly not the MVRPC.

My American Policy Center has warned Americans over and over about the dangers of this fraud called “Sustainable Development” – and the enforcement of top-down control through non-elected boards and regional governments. Here is that reality, in all of its outrageous raw power.

Jennie’s neighbors, property rights activists and Tea Party leaders are joining forces to support her fight to stop this outrage. They have gathered at the property, to protest and take the issue to the news media – and will do so again. To its credit, the media are finally starting to notice what is happening. But if that is the extent of it, you know full well that these government officials will simply laugh, ignore the protests and news stories, wait for the attention to go away, and then grab someone else’s property.

That’s why concerned citizens across the nation need to join this fight and put power behind this effort to stop these bureaucrats from taking Jennie’s property. Freedom fighters need to build a huge protest fire and turn this into a national property rights issue.

Corrupt government officials use taxpayers as doormats, pawns, bank accounts and land holders for their agendas and power plays. If we continue doing nothing to stem the rising tide of government tyranny and corruption, we will watch our rights and property disappear, one by one.

Here’s what you can do to help

As the local Dayton area residents do all they can with sign waving, demonstrations and protests to call attention to this blatant property theft, outraged Americans from across the country can bring an avalanche of phone calls and emails on the perpetrators – the scoundrels who think they can prey on any citizen without consequences. Make them feel heat for their actions!!

Click Here for the names, phone numbers and emails of the Montgomery County, Ohio Commissioners, the Washington Township Board, and the members of the Miami Valley Regional Planning Commission. Then call them and let them know what you think!

Americans concerned for their own liberties need to bury these officials in calls and emails of protest. We need to make these dictators and thieves aware that what they are doing is unacceptable and will not be tolerated. We need to inform them that We the People have rights, and will fight for them.

Let them know they have overstepped their bounds. Destroying a family’s home, property, civil rights, peace of mind, and a woman’s life – for something as unnecessary as a bike path – is an outrage.

But, as you make these calls – BE RESPECTFUL. There is still a hope that some official or judge will listen and take the proper action to stop this theft and destruction of Jennie’s land.

If we can win this fight for Jennie in Ohio, we will have the strength and momentum to help the next victims of government overreach. And make no mistake, there will be one. So don’t wait. Call them now. 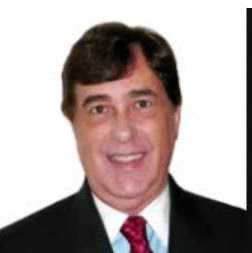 Tom DeWeese is president of the American Policy Center and author of the book “Now Tell Me I Was Wrong.” www.americanpolicy.org.