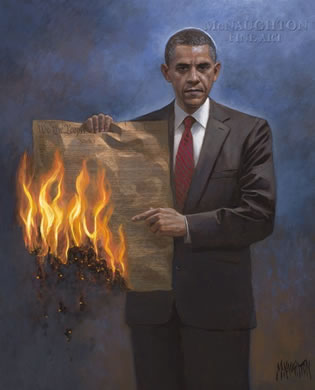 Jon McNaughton – One Nation Under Socialism

Obama is punishing America and her heroes any way he can. He’s punching us in the face, while proclaiming to the Republicans: “Now look what you made me do!” He’s guilty of domestic abuse on America. Small wonder… Mooch must beat the crap out of his Marxist little soul when he gets home at night. I mean, have you seen her arms?

Obama caused the Government to be shut down because he would not budge on the monstrosity that is Obamacare. He would not even come up with a budget, much less balance it. Never has, never will. He just insisted on raising the debt ceiling and spending more and more and more. When America said, “Enough!” the petulant man-king shut down our monuments and memorials at home and abroad to punish America — something not even done in the last shutdown.

WWII Vets and patriots stormed the National Mall over the last couple of days, taking down barriers and telling DC to generally stuff it. Obama’s thugs threatened to arrest 80 and 90 year-old Vets in retaliation. The Vets said, take your best shot. Patriots such as Louie Gohmert, Steve King and Michele Bachmann actively went to the mall to help the Vets. Republicans and Conservatives offered to pay out of their own pockets to open it up, but were soundly rebuffed by the Obama Administration. Obama has spent more keeping Americans out than it would have cost to leave the National Mall open. I’m not surprised.

Obama has shut down the D-Day beaches and a cemetery in Normandy. The National Park Service put up barricades to shut down the parking lots surrounding Mount Vernon. Just one small problem with that — the tourist destination is privately owned. They just shuttered the Founding Father’s Tavern in Philly as well, which was frequented by the Founding Fathers. Meanwhile grocery stores on military bases have been shut down, but don’t worry… Obama’s golf course is still open. 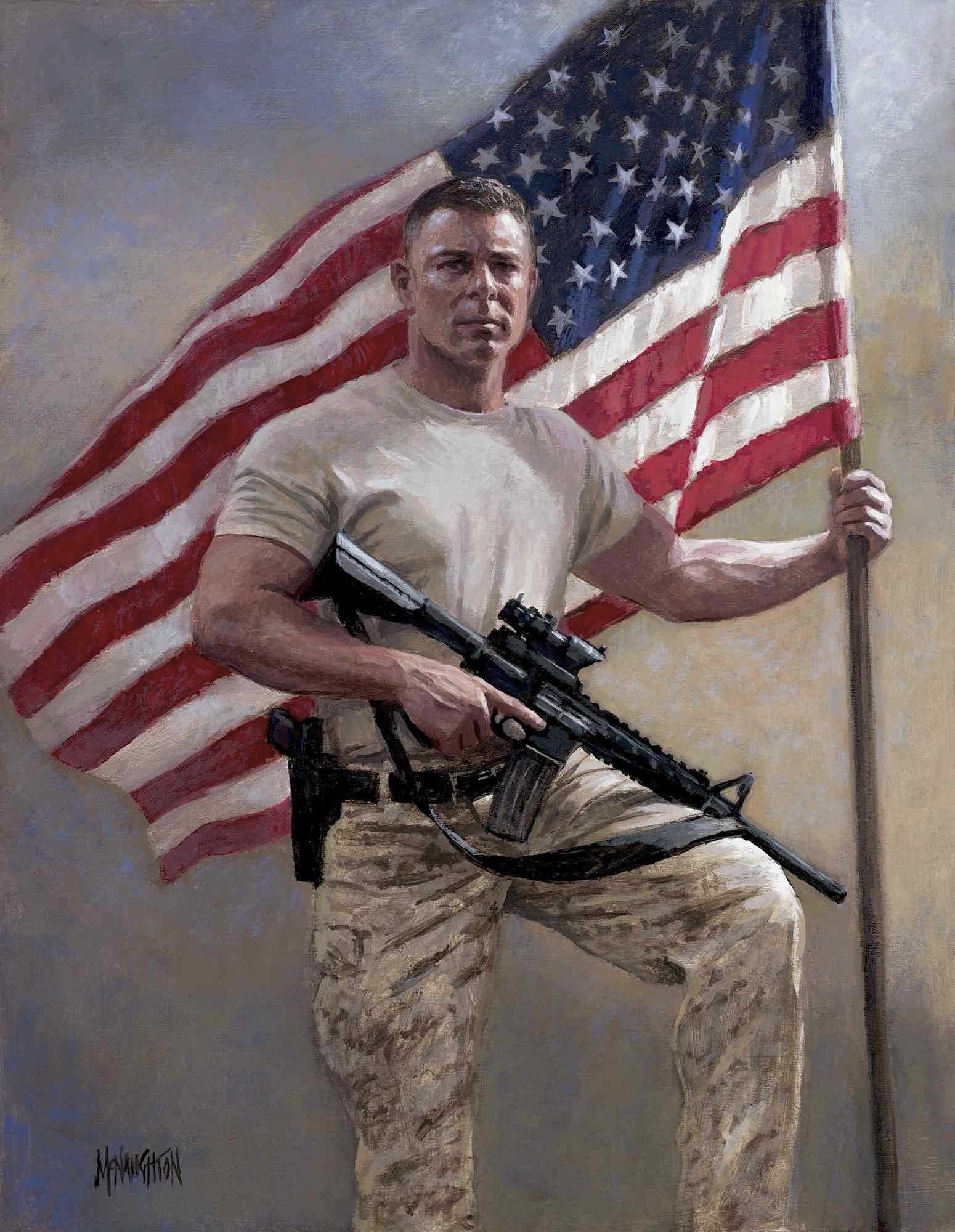 Millions of Americans are echoing the sentiments of Mark Levin – Politicos be warned:

I want to say this loud and clear to the people on Capitol Hill who are listening, to this administration. You lay one damn hand on one of those World War II vets at that memorial and I’ll bring half a million people to that damn memorial! You got that?!

I’m sitting here stewing thinking about this – playing these damn games? You’ll ignite a movement in this country like you’ve never seen before! The biker patriot army – veterans from all over the country, every single war and battle in this country, Republican, Democrat, Independent, whatever!

I’ll be damned if one president, with his feet up on the desk in the oval office, with a smirk on his face, looking at his golf card…I’ll be damned if this president or anybody else is going to shut down that WWII memorial. Period! These men are in their 80s and 90s.

So let me repeat! You lay one hand on one of those men and arrest them for going to their memorial, which they fought for, which was not paid by you dammit, it was paid by the American people – we will come out of every town and city in this nation! We will come out of every county. And both coasts! Both borders! And we will march on Washington against your tyranny!

While the Progressive Left gets its violent jihad on, or at least proclaims it, hear this… don’t cross America’s red line at home. We are not your battered spouse and we won’t let you kick us to death. Erick Erickson at RedState has it right — Ted Cruz and Mike Lee are the Commanders of the Conservative Army and we are on the march and coming. We are coming for the corrupt bureaucrats on the Left and the weasels on the Right. Gut the Progressive GOP.

Obama says “Stick it” to America Through the NPS

Obama Admin Orders Closure of Colonial Farm That Receives No Federal Funding, Sends Police To Remove All Staff And Volunteers From Property…

This quote from the farm’s managing director sums it up: “In all the years I have worked with the National Park Service … I have never worked with a more arrogant, arbitrary and vindictive group representing the NPS.”

The National Park Service has ordered the closure of a Virginia park that sits on federal land, even though the government provides no resources for its maintenance or operation.

The Claude Moore Colonial Farm announced on Wednesday that NPS has ordered it to suspend operations until Congress agrees to a deal to fund the federal government.

According to Anna Eberly, managing director of the farm, NPS sent law enforcement agents to the park on Tuesday evening to remove staff and volunteers from the property.

“You do have to wonder about the wisdom of an organization that would use staff they don’t have the money to pay to evict visitors from a park site that operates without costing them any money,” she said.

The park withstood prior government shutdowns, noting in a news release that the farm will be closed to the public for the first time in 40 years.

“In previous budget dramas, the Farm has always been exempted since the NPS provides no staff or resources to operate the Farm,” Eberly explained in an emailed statement.

“In all the years I have worked with the National Park Service … I have never worked with a more arrogant, arbitrary and vindictive group representing the NPS,” Eberly said.

These are thugs, bullies and miscreants using their jackboots to stomp on America’s face and grind us into dust. This has got to stop. Obama’s domestic abuse has spread to every segment of America. When will enough be enough?

8 thoughts on “Obama Domestic Abuse: Now Look What You Made Me Do…”