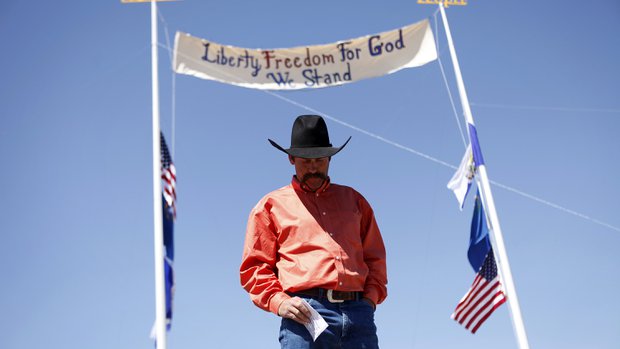 We Stand With Cliven Bundy 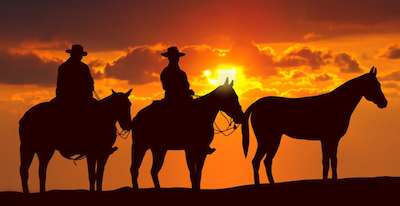 “In war, truth is the first casualty” – Aeschylus

“We maintain peace through our strength; appeasement only invites aggression” – President Ronald Reagan, 1983

“They dress the wound of my people as though it were not serious. ‘Peace, peace,’ they say, when there is no peace.” – Jeremiah 8:11

This week’s winner was Joshuapundit’s Yes, The Peace Talks Are Dead – And An Opportunity For Real Peace Comes Alive. Here’s the real story of how things imploded and why, and how the Obama Administration set things up for failure. I attempt to wrap up the post mortum and show that there’s an opportunity for real peace here, what I think it would take and what it might look like. Here’s a slice:

While neither side has formally acknowledged it, the Israeli-Palestinian peace talks are dead, and even John Kerry has thrown in the towel.

The Obama Team would never admit it, but they’re fully aware that it was Palestine’s unelected dictator Mahmoud Abbas that pulled the trigger and ended the talks, and his own controlled Palestinian media proudly admits it. Both Palestinian and Israeli media outlets on Thursday night quoted Abbas as saying, “I would rather become a martyr” than rescind the applications he signed on Tuesday to join 15 UN and other international treaties and conventions.

Kerry and the rest of the Obama team managed to arm twist the Israelis into discussing a further release of convicted terrorists along with releasing the fourth batch provided Abbas rescinded the UN membership applications and agreed to extend the deadline of the talks.

Instead of agreeing to what amounted to another gimmee, Abbas came out with a whole new set of pre-conditions to continue talks, conditions he knew no Israeli government could accept. According to Abbas’ own Palestinian News Agency Ma’an, the new pre-conditions included formal Israeli recognition of the borders of ‘Palestine’ as the pre-67 lines with all of East Jerusalem as its capitol; the release of 1,200 Palestinian prisoners including convicted terrorist leaders Marwan Barghouti, Fuad Shweiki and Ahmad Saadat; a Israeli building freeze in East Jerusalem and all of Judea and Samaria; Israeli citizenship for 15,000 Palestinians under a ‘family reunification program’ essentially a recognition of a Palestinian ‘right of return’; the end of Israel’s blockade of Hamas in Gaza; the right of return for PLO terrorists who were exiled to European countries under an agreement between the EU and Israel after the 2002 Palestinian siege of the Church of the Nativity; forbidding the IDF to enter Area A, the part of Judea and Samaria under PA control which would essentially create an escape zone for terrorists after attacks on Israelis since the PA has never jailed anyone for murdering an Israeli; and Palestinian control of parts of Area C, the areas now under full Israeli sovereignty.

And that was just to continue listening to Abbas say no for another few months!

Kerry’s deputy Martin Indyk mediated a nine hour meeting between head Palestinian negotiator Saeb Erekat, Head of Palestinian intelligence Majid Faraj, and Israeli negotiators Tzipi Livni and Yitzhak Molcho and tried to cable together some semblance of a reasonable platform, but he was yelled down by the Palestinian negotiators and the entire meeting turned into a shouting match, with even the ever flexible Tzipi Livni unable to contain herself. At one point, Livni reportedly demanded of Erekat that Abbas rescind the applications to the 15 UN organizations and conventions he’d submitted in order to negotiate any other preconditions. Erekat flatly refused, and Livni announced the next day that Israel would definitely not release that fourth batch of convicted Palestinian terrorists.

When Indyk tried to reason with the Palestinians, saying that any agreement had to consider Israel’s security considerations, Faraj snapped back that the Palestinians weren’t there to discuss Israeli security, but to negotiate over a timetable to get all of their demands met.

Things went quickly downhill from there, with the Palestinians threatening to join even more international bodies and take prosecute Israel for ‘war crimes’ at the International Criminal Court and the Israelis promising retaliation if they did so.

Abbas never had any intention of actually negotiating. Even Saeb Erekat admitted earlier this month that Abbas was staying in the talks just to get the terrorist releases.

In our non-Council category, the winner was Matt Walsh – Hey gay rights militants: your fascism is showing, submitted by Joshuapundit. It’s Walsh’s defiant blowback to the Gay Mafia and progressive fascism in general, and it makes for some stirring reading.