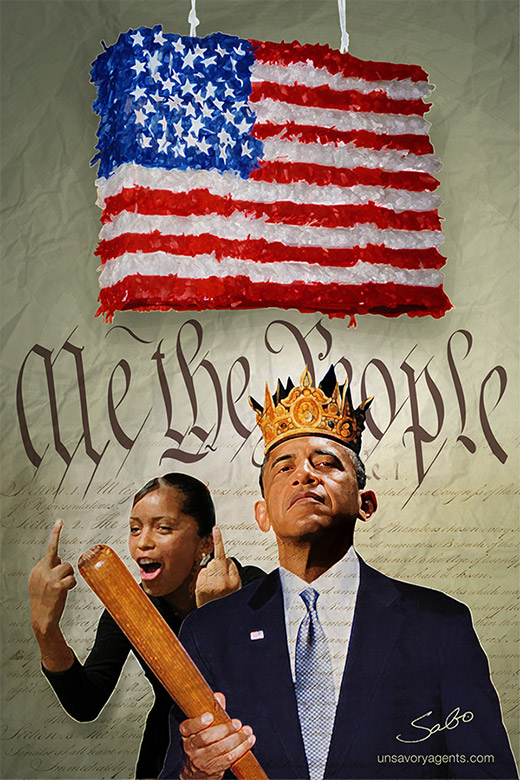 Agitators are a set of interfering, meddling people, who come down to some perfectly contented class of the community and sow the seeds of discontent amongst them. – Oscar Wilde

Rioting and looting are the tools of those without a voice… There is no revolution without violence. – Agitator at the Ferguson riots, as quoted by Reuters.

“You are hard at work madam,” said the man near her.
“Yes,” Answered Madam Defarge; “I have a good deal to do.”
“What do you make, Madam?”
“Many things.”
“For instance —”
“For instance,” returned Madam Defarge, composedly,
“Shrouds.”
The man moved a little further away, as soon as he could, feeling it mightily close and oppressive. – Charles Dickens in his novel about the French Revolution, A Tale Of Two Cities.

This week’s winning essay, The Noisy Room’s The Movers and Shakers Behind the Ferguson Riots, explores the Ferguson protests and riots and is pretty much about what the title implies it is, a well written in-depth examination about a subject not much covered in the media… the plethora of very well organized groups who organized it and orchestrated it. Here’s a slice:

The Ferguson riots are not what they seem and those behind them are professionals. One of the top organizers of the protesters for the Ferguson riots is Lisa Fithian, someone who was intimately involved in the Occupy Wall Street movement. She has been deemed “Professor Occupy.” In 2005 and 2008, Lisa Fithian, Root Activist Network of Trainers, (2005), Alliance for Community Trainers Inc. (2008), was voted onto the Steering Committee for United for Peace and Justice. United for Peace and Justice is a partner organization of the George Soros linked Institute for Policy Studies. Several Marxist organizations are involved in the UFPJ leadership, but the most influential has been the Communist Party USA.

Lisa Fithian joined the labor movement through the AFL-CIO Organizing Institute in 1993. She is considered a legendary organizer. She also served as a human shield in actions conducted by the International Solidarity Movement in the Palestinian cities of Jenin and Nablus and has accused Israel of “slaughter[ing] Palestinians every single day in Gaza and the Occupied territories.” These are just a few of her credits.

Fithian is known for her statement: “create crisis, because crisis is that edge where change is possible.” Sound familiar? It should, it is straight out of Holder’s and Obama’s playbook, as well as Marxism in general. Fithian was a lead organizer in the infamous 1999 Seattle riots against the World Trade Organization that devolved into violence. She is known for teaching violent tactics as well as community organizing. She specializes in aggressive “direct action” tactics. Fithian previously provided training and support for the controversial ACORN group, National People’s Action, the new version of the Students for a Democratic Society and other radical organizations. She trained somewhere around 600 protesters for Ferguson.

The following video shows anti-capitalist radical Lisa Fithian training Chicago union teachers on how to stage their arrests for the camera in 2011:

Fithian is far from alone in her Revolution organizing. She is joined by the likes of Code Pink, RevCom, the New Black Panthers, Socialist Party USA, etc. The ACLU has been in the mix from the beginning as well, along with SEIU. The UN also became involved, along with national LGBT organizations, climate environmentalists, amnesty groups, pro-Palestinian organizations, Christian social justice groups and Planned Parenthood.

Amnesty International sent a “13-person human rights delegation” to the town to “examine” potential human rights abuses, in what they refer to as an “unprecedented” move by deploying in the United States. Many other groups joined in, such as Tauheed Youth Development Life, the Organization for Black Struggle (OBS), the Moorish Science Temple, the Coalition Against Police Crimes and Repression and the Universal African Peoples Organization (UAPO). No radical party would ever be complete without the Socialist Workers Party as well.

In our non-Council category, the winner was Andrew McCarthy at the NRO with What’s Really Going on with Holder’s Civil-Rights Crusade against Police Departments, submitted by Nice Deb. McCarthy has an excellent take here on what’s behind the sudden seemingly endless assault on the nation’s police departments by our Attorney General and the DOJ.