This is a horrific idea. Don’t get me wrong, I’m all for hunting down and dispatching terrorists and bad guys on our turf. But internment camps? Let’s just stop for a minute and wonder why Wesley Clark has done an about face so suddenly. Anything they can use in the name of national defense like internment camps can also be used against everyday Americans at their discretion. The internment camps in WWII were shameful and wrong. The same would be true here. If you have to deport people or prosecute them, that is one thing. But to round up everyone you deem ‘radicalized’ is quite another. What does that even mean to Clark? Color me highly suspicious of this and shocked that it is being floated out there.

Retired general and former Democratic presidential candidate Wesley Clark on Friday called for World War II-style internment camps to be revived for “disloyal Americans.” In an interview with MSNBC’s Thomas Roberts in the wake of the mass shooting in Chatanooga, Tennessee, Clark said that during World War II, “if someone supported Nazi Germany at the expense of the United States, we didn’t say that was freedom of speech, we put him in a camp, they were prisoners of war.”

He called for a revival of internment camps to help combat Muslim extremism, saying, “If these people are radicalized and they don’t support the United States and they are disloyal to the United States as a matter of principle, fine. It’s their right and it’s our right and obligation to segregate them from the normal community for the duration of the conflict.”

The comments were shockingly out of character for Clark, who after serving as supreme allied commander of NATO made a name for himself in progressive political circles. In 2004, his campaign for the Democratic presidential nomination was highly critical of the Bush administration’s excessive response to the 9/11 terror attacks. Since then, he has been a critic of policies that violate the Geneva Convention, saying in 2006 that policies such as torture violate “the very values that [we] espouse.”

In a memoir written the following year, he also famously alleged that the White House under Bush had developed a massively imperialistic plan for the Middle East, which would see the administration attempt to “take out seven countries in five years,” beginning with the invasions in Iraq and Afghanistan.

Earlier this year I spoke with Clark at the annual Lewis and Clark University Symposium on International Affairs in Portland, Oregon. The subject of our discussion was how to deal with the potential threat of foreign fighters returning from armed conflicts abroad. At the time, Clark spoke out strongly against “the politics of fear” and eroding democratic institutions and norms, while reiterating his criticism of the excesses committed by Bush-era neoconservatives under the banner of fighting terrorism.

But on Friday, he was advocating the revival of a policy widely considered to be among the most shameful chapters in American history: World War II domestic internment camps. Aside from the inherent problems in criminalizing people for their beliefs, Clark’s proposal (which his MSNBC interlocutor did not challenge him on) also appears to be based on the concept of targeting people for government scrutiny who are not even “radicalized,” but who the government decides may be subject to radicalization in the future. That radicalization itself is a highly amorphous and politically malleable concept only makes this proposal more troubling.

“We have got to identify the people who are most likely to be radicalized. We’ve got to cut this off at the beginning,” Clark said. “I do think on a national policy level we need to look at what self-radicalization means because we are at war with this group of terrorists.” And he added that “not only the United States but our allied nations like Britain, Germany and France are going to have to look at their domestic law procedures.”

Despite an outcry about his comments on social media, Clark has not responded publicly. As of Monday morning, his latest tweet was from Friday, encouraging his followers to watch his interview.

Wesley Clark is a political hack. His suggestion here should chill every American right to the bone. He’s not just suggesting it for America either… he’s suggesting it be done globally. Listen to the video closely. He’s suggesting people who are likely to be radicalized should be imprisoned. This is unconstitutional and barbaric. He’s suggesting here that we suspend the Constitution (even more than they already have) and build and populate gulags. I can’t believe what I’m hearing and seeing. Things are hurtling out of control in America. Americans better stand up and stop this or we are going to see a fascist tyranny take hold here and fast. Internment camps? What scares me the most is that people on both sides of the political sphere are cheering this on. Unfreaking believable. 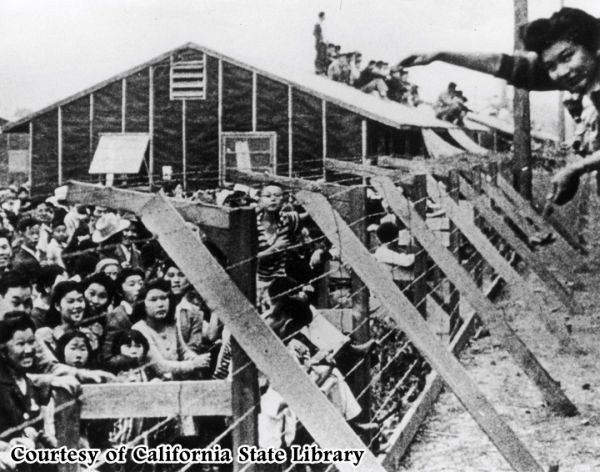