President Barack Obama has a long history with the U.S.’s largest Marxist based organization, Democratic Socialists of America (D.S.A.).

With several thousand members (many of whom are also Democratic Party activists and office holders), and considerable influence in academia, the media, mass “community organizations” and labor unions, D.S.A. has the power to direct or influence hundreds of thousands of activists in the “correct” direction.

Here is hard evidence that D.S.A. threw its entire weight behind their long time ally Barack Obama in the 2008 presidential elections.

From the Democratic Socialists of America National Political Committee Minutes of Meeting of September 13-14, 2008:

DSA’s main program focus through the rest of 2008 will consist of (1) working to help ensure the election of Barack Obama and (2) continuing work on the Renegotiate NAFTA petition drive.

Work on the Obama campaign will include:

1) email blasts and other communications issuing from the National Office attacking McCain/Palin and explaining the necessity of voting for Obama;

2) encouraging locals to do DSA-day volunteering en bloc for the Obama campaign;

4) encouraging DSA members to write anti-McCain letters to the editor for their local newspapers, and provide them with sample language and tips on getting published;

5) if YDS organizes volunteer efforts for Obama, especially in swing states, urge them to open their actions to a multi-generational component, and if they agree, inform DSA members of the availability of this option;

6) materials from DSA on reasons to support Obama shall reference the Economic Justice Agenda whenever possible. Work on the Renegotiate NAFTA campaign.

Would Obama have won in 2008, without the efforts of D.S.A. and their allies (and self proclaimed Obama “friends”) , the Communist Party USA?

Weeding Out “Minnick Myths” – Idahoans “Have Had Enough” Liberal Democrats Are Out, Conservatives Are IN!

The Radio Patriot – Refreshment on a hot summer’s day

The Radio Patriot – “From the Gulf” – An exclusive PSC Online documentary

The Radio Patriot – First they came for Michael Savage… 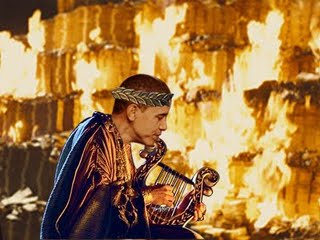 END_OF_DOCUMENT_TOKEN_TO_BE_REPLACED

Tweet of the Week: On Budgets and Budget Directors

Side Effects: Obamacare Could Punish Docs for Better Quality Care

The U.S. Middle Class Is Being Wiped Out: Here’s the Stats to Prove It (Hat Tip: Jean Stoner)

9 Charts That Paint A Surprisingly Bright Future For BP

Deutsche Bank: If You Think The Economy Is Recovering, Then You Better Throw Away Your Deflation Forecast

Boone Pickens: It’s Time To Load Up On BP Shares

About That Financial Reform ‘Victory’

Obama pours energy into electric-car batteries, but will it jump-start industry?

Huh?… Rep. Elijah Cummings: “The Best Way the Tea Party Can Rid Racism From Their Ranks Is to Help Folks Get Jobs” (Video)

Thanks Barack. US Economy May Not Recover For 5 or 6 Years

Economy may not recover ‘for five or six years’

Stocks Slip Deep in the Red on Bank Earnings

Letter Re: The ABA’s Projections for the U.S. Economy

The Big Crash–America Plunges Into Depression for Real

Harry Schultz on the Power Elite, Free Markets, The Internet, and Why Gold Is Going Much Higher