I’m in the process of generating a website for Fiercely Independent Locksmiths of America (FILOA). This page along with a secondary button to download a printable application form will show up when somebody clicks on the Membership Button. There will be a Members Only Button, password protected, which will link to technical articles not intended for the general public as well as a page where new or used locksmith items may be purchased. 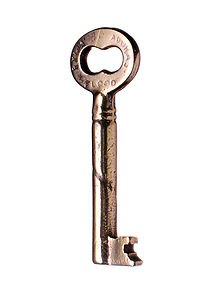 I recently received an email letter from the Sgt. at Arms of the Greater Houston Locksmith Association (GHLA) apologizing for their lack of timely responses to letters I’d sent regarding various issues over the last year. While I was glad to see the email, it only added to my resolve in making sure our new organization, (FILOA), addressed concerns of independent locksmiths regarding their industry. It should be noted, no such letters have been received from ALOA; my membership in their organization must not have been sufficiently important to them.

I was a member of the Associated Locksmiths of America (ALOA) from 1978 – 2009 as mentioned previously and it became painfully clear that the all encompassing umbrella of the Security Industry left independent locksmiths without a strong voice; at times wondering if we had a voice at all. My original purpose for joining ALOA had to do with my acknowledgment that one day the locksmith industry would become licensed and it stood to reason, members of a large national locksmith association would be ‘grandfathered in’ as a matter of practicality; as it turned out I was correct.

There are all manner of qualifications for a locksmith license in the State of Texas as well as rules and regulations which were originally intended to protect citizens from unscrupulous fly-by-night operators; did I forget to mention a hefty yearly license fee? The problem with a state bureaucracy running the locksmith industry, at least here in Texas; they’ve become masters rather than servants of the industry.

“…Governments are instituted among Men, deriving their just powers from the consent of the governed…”

One of the purposes of FILOA will be to simplify the lives of locksmiths by replacing arbitrary onerous rules and regulations which have been imposed on our industry with reasonable and prudent rules and regulations more in tune with a free market system. The single most vocal complaint I’ve heard from independent locksmiths has to do with asinine mandatory continuing education requirements imposed by the State of Texas in order to maintain a locksmith license. I suspect it is the same in other states. Lilliputian hoops and barrels do nothing to improve a working locksmith’s ability; they only serve to increase the cost of doing business and they certainly do nothing to improve the safety of the public.

There’s a trend, state bureaucracies micromanaging locksmiths; this must be reversed. A multitude of like minded independent locksmiths would be heard much more than acting separately. This runs counter to the agenda of the ALOA which would have each and every state control vast portions of the free market. In general the security industry has been legislated to death; but more specifically locksmiths, through licensing, burdensome rules and regulations written into law and overseen by bureaucrats with little if any responsibility to those whom they manage over.

America is built on the idea that hard working citizens are self-disciplined and self-governing. The Proper Role of Government is to protect its citizens, not enslave them. Our constitution provides a means to contain the powers of government; however, over the years many powers have been usurped and the result is loss of individual liberty. Call me a dreamer or an idealist; but I intend to do my part in restoring America to its greatness by adhering to the foundations established at its inception.

You will notice, upon reading the main portion of FILOA’s Membership Application shown below, the requirements are minimal. American citizens have a natural God given right to life, liberty and the pursuit of happiness. Wanting to associate with other locksmiths requires no license or background check; your signature is your bond.

Applicants must be involved in the locksmith industry as a locksmith, apprentice or tinker with locks as a hobby. It is important to accept and adhere to the principle of working only on locks or devices for which the rightful owner has authorized your skills and services.

Applicants must be of good character and have a desire to follow the Ten Commandments.

Individuals with felony convictions need not apply regardless of having repented.

Applicants must be legal residents of the United States of America.

My signature represents a promise to live up to these standards.

One year membership dues $15.00 (check or money order) will be used to build and maintain a website which has been reserved; but is not in operation yet. A temporary website has been established at http://filoa.blogspot.com/ and will have to do for now.

There’s a place to affix a copy of your business card to the official application form, which I might add has a really neat looking logo built into the letterhead. I included that part about felons not being eligible because there are certain limits which preclude membership, being a convicted felon is one of them.

I’m hoping to have the official FILOA website up and running very soon; however, if you’ve a mind to join now, without having the nifty looking letterhead Membership Application Form, then cut and paste the portion as shown and jump right in.

2 thoughts on “Membership in FILOA”