On Friday, October 11, the Los Angeles Jewish Journal, which is handed out free to virtually every synagogue in the city of Los Angeles and which has a circulation of 50,000 copies and 150,000 weekly readers, ran the following cartoon, comparing the Tea Party to Islamic jihadists. 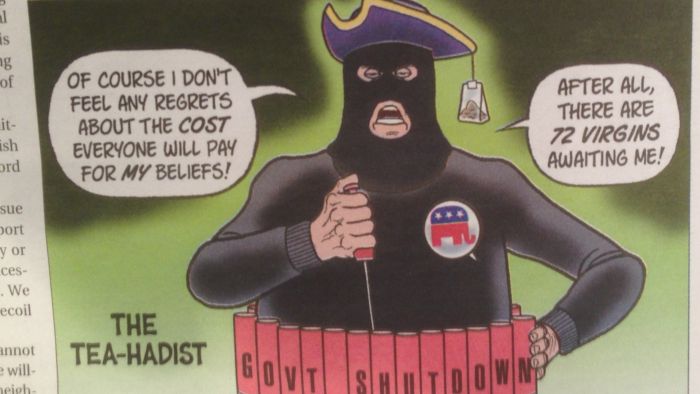 The Journal has both readers and advertisers acutely attuned to the needs of victims of Islamist terror. For the Journal to run such a cartoon comparing Tea Partiers, who simply want less government spending, to Islamist terrorists who murder babies in pizza parlors, is despicable.

With your help, we can push back against the constant media bias against conservatives.