“There are two kinds of soldiers at the U.S. Disciplinary Barracks at Fort Leavenworth, Kansas — the ones with no rank or pay, and those with keys.”

LTC Terry Lakin is in the former group. So, to the government, I suppose he’s now just Terry Lakin. Or worse, a number. Recently, LTC Lakin was sentenced to six months at Leavenworth for questioning an order to deploy overseas. That question was based on his fears that Obama was ineligible to hold the office of president. As a commissioned officer, Lakin’s duty is to carry-out only those orders that are legal, and to question those he thinks might be otherwise.

For doing his duty, Lakin lost his career as an army officer and physician, lost all benefits, lost all retirement, lost his freedom and for the time, lost his wife, children and extended family. But he did get a cell. 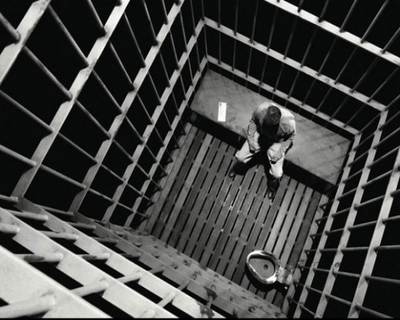 Cmdr Charles Kerchner was in the courtroom the day LTC Lakin was sentenced. After the verdict, Lakin invited Kerchner to the Lakin family home for dinner. That evening was Lakin’s last day of freedom before entering Leavenworth to begin serving out his sentence.

Cmdr Kerchner also fought long and hard with his own lawsuit in an attempt to get Obama, or a court, to settle the eligibility issue once and for all. He spent a fortune doing so, only to be rebuffed by SCOTUS without comment. Cmdr Kerchner has since directed his attention and support to LTC Lakin.

What Cmdr Kerchner witnessed during Lakin’s days in court was nothing short of a judicial lynching. It’s difficult to believe what took place in that courtroom… and you can read about it at The Radio Patriot, but I encourage you to tune to Andrea’s show this evening at 9 PM ET and hear it in Cmdr Kerchner’s own words. 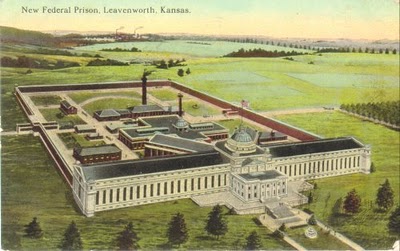 MAP OF THE DAY: The Target Range Of China’s “Aircraft Carrier Killer” Missile

ROBERT SHILLER: If House Prices Keep Falling This Fast, The Economy Is Screwed

GARY SHILLING: And Now House Prices Will Now Drop Another 20%

ELDER: $5 Gas Predicted Under Obama — What, No Pitchforks?

Ex Shell CEO: “I warned Obama in person about his policies in 2007” (Hat Tip: Jean Stoner)

Liberal Give ‘Til It Hurts (You)

Pimco: US Will Keep Reserve-Currency Status

Jobless Claims in U.S. Fall to Lowest Level Since July 2008 – And the lies just keep on coming…

Which Is It, Mr. Murdoch: Recession, or Recovery?

Disgusting. Assailants File Complaint Against US Marine After Iraq War Vet & His Wife Were Brutally Beaten By Gang Members Outside Theater (Not financial – but horrific – 300 teens involved… )

Hiding A Depression: How The US Government Does It (Hat Tip: Jean Stoner)

Can the Government Stop Massive Insurance Rate Hikes? (Yes! Get rid of Obamacare and Obama himself) (Hat Tip: Jean Stoner)

The Charts That Mattered Most In 2010

Chaos In Cocoa As Uncertainty Reigns In Key Supply Country

‘Doubling Up’ in Recession-Strained Quarters.

Silver Is The Biggest Sleeper Of All

China is preparing for conflict ‘in every direction,’ the defense minister said on Wednesday in remarks that threaten to overshadow a visit to Beijing by his US counterpart next month.

“In the coming five years, our military will push forward preparations for military conflict in every strategic direction,” said Liang Guanglie in an interview published by several state-backed newspapers in China. “We may be living in peaceful times, but we can never forget war, never send the horses south or put the bayonets and guns away,” Mr. Liang added.

China repeatedly says it is planning a “peaceful rise” but the recent pace and scale of its military modernization has alarmed many of its neighbors in the Asia-Pacific, including Japan which described China’s military build-up as a “global concern” this month…

China also announced this month that it was preparing to launch its own aircraft carrier next year in a signal that China is determined to punch its weight as a rising superpower. The news came a year earlier than many US defense analysts had predicted.

What does Beijing know that Washington doesn’t?

Adm. Robert F. Willard, commander of the U.S. Pacific Command, disclosed to a Japanese newspaper on Sunday that the new anti-ship ballistic missile (ASBM) is now in the early stages of deployment after having undergone extensive testing.

“An analogy using a Western term would be ‘initial operational capability (IOC),’ whereby I think China would perceive that it has an operational capability now, but they continue to develop it,” Adm. Willard told the Asahi Shimbun. “I would gauge it as about the equivalent of a U.S. system that has achieved IOC.”

The four-star admiral, who has been an outspoken skeptic of China’s claims that its large-scale military buildup is peaceful, said the U.S. deployment assessment is based on China’s press reports and continued testing.