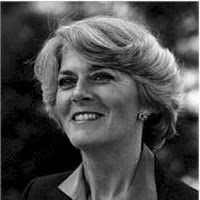 A leftist Democrat, Ferraro got her position the same way many other senior Dems did – with the help of Marxists.

It is a central theme of this blog that Barack Obama was promoted to the U.S. presidency by an alliance of several Marxist groups including Democratic Socialists of America.

While this sounds far-fetched to some, there is nothing new about socialists working inside the Democratic Party to put “their” candidates into very high positions.

The late Millie Jeffrey was a leader in United Auto Workers and a high ranking Democrat in Michigan and on the national stage for decades.

In 2000, President Bill Clinton presented Millie Jeffrey with the nation’s highest civilian honor bestowed by the U.S. Government, the Presidential Medal Of Freedom, with the citation stating that those awarded “have helped America to achieve freedom.” 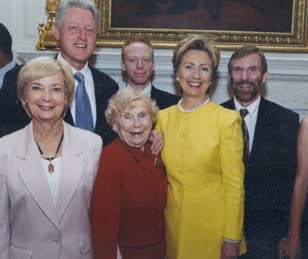 In the 1950 and 60s, Jeffrey was a Democratic Party National committeewoman from Michigan. In 1960, she helped campaign for John F. Kennedy as a member of the Democratic National Committee.

After mobilizing the Michigan Democratic Party behind JFK in 1960, she then reportedly pushed JFK to initiate the Peace Corps.

Millie Jeffrey quit the DNC in the late 60s to protest the Vietnam War and to work for Robert Kennedy.

Less publicized were the facts that Millie Jeffrey was also a long time leader of Democratic Socialists of America, a “midwife” to the radical Students for a Democratic Society and a veteran of the communist infiltrated Women’s International League for Peace and Freedom.

Jeffrey also traveled to the Soviet Union in 1969 and to the Peoples Republic of China in 1974.

According to Democratic Socialists of America member and prominent journalist Harold Meyerson, Millie Jeffrey was an influential power broker inside the Democratic Party.

In the early ‘70s, during her final years on the staff of the United Auto Workers, she (Jeffrey) helped found the National Women’s Political Caucus and launched a decade-long campaign to have Democratic National Convention delegate slots divided equally between men and women.”

From her perch on several Democratic Party commissions, and using the contacts she’d acquired in 40 years of liberal activism, Millie built enough support for this wild-eyed notion that it was adopted by the 1980 convention.

Next step was placing left-leaning Geraldine Ferraro on the Democrat ticket as the Party’s first female vice presidential candidate.

Millie then became “the unelected leader,” in the words of her co-conspirator Joanne Howes, of a committee of seven Democratic women promoting the idea of a female vice presidential candidate on the 1984 ticket. “By the fall of 1983,” recalls Howes, “we came to the conclusion that the right person was Gerry Ferraro” – then an obscure member of Congress from Queens. That required augmenting Ferraro’s visibility and bona fides, and as a result of “Millie’s strategic thinking,” says Howes, the group successfully pressured the party and Walter Mondale to make Ferraro chair of the convention platform committee. The rest is herstory.

Joanne Howes, like Millie Jeffrey, was close to D.S.A.’s parent organization, the Democratic Socialist Organizing Committee. Howes was also a founder and remains a board member of the U.S.’s largest Political Action Committee, Emily’s List, which specializes in financing “Democratic, pro-choice women candidates.”

This is a good example of how the U.S. left works inside the “Democratic” Party. A small group of party “insiders,” led by socialists were perfectly capable of putting “their” candidate into the Number 2 spot on the Democratic Party ticket. So much for the “democratic” part of Democratic Socialists of America.

In 20 years time, will Democratic Socialists of America, or their Communist Party and Committees of Correspondence for Democracy and Socialism allies finally admit their role in putting Barack Obama into the White House?

If they do, it will only be because they no longer fear any opposition.

Geert Wilders’s speech at the Annual Lecture at the Magna Carta Foundation in Rome on March 25:

Thank you for inviting me to Rome. It is great to be here in this beautiful city which for many centuries was the capital and the centre of Europe’s Judeo-Christian culture.

Together with Jerusalem and Athens, Rome is the cradle of our Western civilization – the most advanced and superior civilization the world has ever known.

As Westerners, we share the same Judeo-Christian culture. I am from the Netherlands and you are from Italy. Our national cultures are branches of the same tree. We do not belong to multiple cultures, but to different branches of one single culture. This is why when we come to Rome, we all come home in a sense. We belong here, as we also belong in Athens and in Jerusalem.

It is important that we know where our roots are. If we lose them we become deracinated. We become men and women without a culture.

I am here today to talk about multiculturalism. This term has a number of different meanings. I use the term to refer to a specific political ideology. It advocates that all cultures are equal. If they are equal it follows that the state is not allowed to promote any specific cultural values as central and dominant. In other words: multiculturalism holds that the state should not promote a leitkultur, which immigrants have to accept if they want to live in our midst.

END_OF_DOCUMENT_TOKEN_TO_BE_REPLACED

While I agree with the sentiments in the above video, most commentators on “multiculturalism” seem to miss the main point.

It is not immigration, even Islamic immigration that is the main problem. It is socialism.

The United States in the 19th century and early part of the 20th century was an open, free society, with minimal, if any government welfare. Immigrants came to the U.S., and while some did “ghettoise” for a generation or two, all eventually integrated into the U.S. mainstream.

The incentives were right. People came to the U.S. to escape the class stratification and statism of Europe to live free prosperous lives in a new world. The U.S. got the best of Europe and Asia, not the worst.

The two groups that had the most difficulty integrating, the Blacks and the American Indians, were the groups that suffered most from welfarism and statism – the Blacks on slave plantations, the Indians on government funded reservations.

If you want an open immigration immigration policy, you must also have an open economy and a free non-socialist society.

Because France and all other European countries are socialist and socially stratified, they tend to attract immigrants who want a free ride. After a generation or two of being confined to ghettoes and living largely off the state tit, the children of these immigrants become a dispirited, bitter, resentful, crime ridden, disloyal 5th columnists – easily manipulated by radical Imans, labor leaders, “community organizers” and Marxist revolutionaries.

France and the rest of Europe must choose between the two futures below:

This blogger favors the first option, but is not stupid enough to think it is likely.

Using the Responsibility to Protect Doctrine, Marxists of the world are uniting to blaze a bloody trail across the globe in order to form an iron-fisted new world order. All in the disingenuous name of protecting the world’s populations from genocide, war crimes, ethnic cleansing and crimes against humanity. Which by the way, are subject to a very fluid and subjective interpretation.

Let’s be blunt. Gadhafi is a monster and a murderous dictator. He should have been removed and brought to justice 25 years ago for murdering Americans and our troops. But we are not the world’s policemen and Libya currently poses no threat to the US. Obama bypassed Congress and the Constitution and went straight to George Soros, Cass Sunstein, Samantha Powers and the UN. This should be an impeachable offense.

The Middle East is on fire in a whole list of countries, but the only one we intervene in is Libya. Why? Well, I believe that Libya is at least on the face of the matter, a test case for R2P. If the UN and world powers are successful in getting away with going in with military might to determine who rules that country in the name of security and protection, what is to stop them from going into any country they please for virtually any reason they can manufacture? Who will stop them? Next on the docket for R2P: Israel and the US.

R2P however INTENDS to police the world:

The mission of the R2P Coalition is:

If the United Nations does not approve of a certain government’s behavior, and that government’s leaders will not respond to sanctions and the threat of prosecution, they will be attacked militarily.

Do you really believe the protests in the Middle East were spontaneous? That is laughable. It was prearranged, choreographed preemptive anarchy on a global scale to give justification to the Responsibility to Protect Doctrine. And so far, what Obama, Soros, Powers, Sunstein, world leaders and the UN have put in place while the rest of us were watching elsewhere, seems to be going off without a hitch. All the while, useful idiots in the media continue to miss the point in ways that either indicate complete incompetence or being absolutely on board with this one world diktat.

Trevor Loudon of New Zeal has written a piece that every American needs to read and now: “Responsibility to Protect” – The End of National Sovereignty As We Know It? It is the first of a series that he will be writing on the subject and his research is superb. One wonders why it takes a Kiwi to do the research work that most Americans seem unwilling to do. The only other I have seen that has the spine to confront this is Glenn Beck. As usual, Mr. Beck does an in-depth, factual and professional job of exposing the facts behind this whole mess. The rest of the media seem to all be on the side of Marxists, radicals and one world enthusiasts, assuming they don’t also suffer from the most widespread affliction of selective blindness ever.

Remember, the ultimate goal is not itself anarchy. Anarchy is merely the vehicle. You can’t convert the several sovereign nations of the world to a single monolithic governing entity without first engendering instability to create the necessary power vacuum, so that the self-appointed world rulers can step forward and save them. As is of course, their “responsibility.”