In light of today’s worldwide anti-capitalist rumbling and renewed feverish interest in leftist redistributive systems, one wonders – just how old is the collectivist idea?

I’ve been reading “Who Murdered Chaucer?” by Terry Jones (of Monty Python fame). It’s a wonderfully detailed, realistic, careful expansion of available data on a historical period, and yet because of the author’s lifelong passion for his topic, it’s anything but DULL. Jones has literally rewritten the history of the late 14th century English court of King Richard II, a time presumed fully known by historians for going on six hundred years. 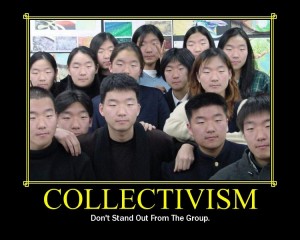 While exploring how Richard was influenced by the thinkers of his age (including Chaucer), Mr. Jones chanced upon the writings of Philippe de Mezieres, a French clergyman, a proponent of the Crusades, an author and thinker who in his later years presented the young Richard with a book. As an advocate of Christian crusader war, de Mezieres was an unlikely source of proto-communist thinking; nevertheless it is there, as Jones describes it:

“(de Mezieres) Proposed the abolition of all personal property, on the grounds that the King serves as the ‘father’ to the people and has complete responsibility for their welfare.”

Of course, without the context that the future Republican age would provide, de Mezieres is understandably unable to imagine a working government without a king and so he weaves one into the fictional utopia he invented to educate the young English monarch. There in the “Delectable Garden,” as de Mezieres himself puts it:

“All fruits were held in common by the inhabitants, to each according to his need, and the words ‘my own’ were never heard. These people lived so happily together, they never seemed to grow old. All tyranny and harsh rule was banished from the Garden, though there was a king, who stood for authority and the common good, and he was so loved and looked up to that he might have been the father of each and all. And no wonder, for he had such concern for the welfare of his subjects, dwellers in the Garden, that neither he nor his children owned anything in person.”

But the communist idea itself is here, occurring to people down through the ages, probably since the beginning. I am not a literary man, but after this experience I am sure such men can find other even older examples of this thought.

The idea a 14th century Christian crusade activist would dream of a benevolent king ruling over a perfect and happy communist society isn’t as crazy as it sounds. The vision is as if Adam and Eve had not eaten the apples. And we know confused Christian thought yields raw material for today’s Jim Wallis-type communists; “render unto Caesar what is Caesar’s,” “what you do for the least of these you have done for Me” and so forth.

In fact the American holiday called Thanksgiving is quite literally a prayer of thanks to God for the idea of each man producing for himself and his family on his own land. This was the individual freedom to produce and trade, an idea that was inaccurately named (by Karl Marx of all people) “capitalism.” It is better understood when it is named “economic liberty.”

On the way to finishing this absorbing tale of Chaucer’s political life and death, this is one of the book’s best lessons:

Marxism is NOT NEW, not just a product of the post-Darwin modern age, although Darwin certainly gave Marx an assist; once a believable alternative to the Creation story was floated, the nature of man could be remade in accordance with wishful thinking. In Stalin’s USSR it had a name, “the new Soviet man.” But it would not surprise me to discover essentially communist thought in every age. There are always those among us willing to make themselves believe man is essentially noble and needs only a change of circumstances, a “punishing of the cruel and greedy” and abandonment of the traditions that made them, to live in heaven on earth. In 1395, Philippe de Mezieres thought “to each according to his need” was perfection.

But we all tend to disagree about what our needs are and we tend to place a higher priority on our own needs than on the needs of our neighbors, let alone our adversaries. It is human nature and human nature simply cannot be changed. The founders were right to encourage “enlightened self-interest;” mankind is not equipped for perfection and will not attain it on this earth and the foundational premises for American government have proven themselves again and again as the best way to ensure that prosperity, peace, strength and decency are features of American life.

Marxist thought is very old, much older than Marx. American freedom is still unique and new in history and still providing examples of just how well human beings can live and prosper together. We would be wise to study and appreciate our own success, instead of dismissing it with disdain in a mad rush to once again embrace a foolish, failed and disastrous old idea.