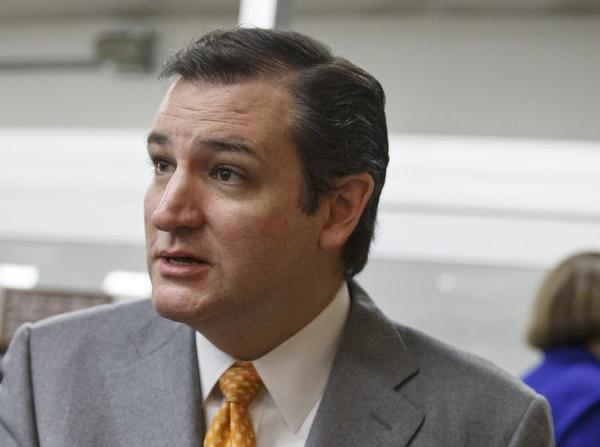 It matters not how a man dies, but how he lives – Samuel Johnson

To the living we owe respect, but to the dead we owe only the truth – Voltaire

This week’s winner, Joshuapundit’s Obama’s Loving Requiem For A Prominent Communist – And Mine, is an obituary. Singer Pete Seeger passed away this week and President Obama saw fit to issue a handsome and fulsome (and revealing) tribute out of the White House. Since I knew a bit about whom Pete Seeger was and about his career, I thought I’d write one of my own. Here’s a slice:

The mask is coming off, even if it never covered much to begin with.

Pete Seeger is dead today, at 94. And this is what our Dear Leader had to say about it:

“Once called “America’s tuning fork,” Pete Seeger believed deeply in the power of song. But more importantly, he believed in the power of community – to stand up for what’s right, speak out against what’s wrong, and move this country closer to the America he knew we could be. Over the years, Pete used his voice – and his hammer – to strike blows for worker’s rights and civil rights; world peace and environmental conservation. And he always invited us to sing along. For reminding us where we come from and showing us where we need to go, we will always be grateful to Pete Seeger. Michelle and I send our thoughts and prayers to Pete’s family and all those who loved him.”

Now, aside from being someone who made quite a contribution to American music, Pete Seeger was also a hard core communist and apologist for Stalin during the time when ‘Uncle Joe’ murdered over 100 million people. The forced collectivization, the murder of political opponents, the show trials, the forced famine in the Ukraine that murdered at least 3 million people, the gulags…none of it mattered at all to Pete Seeger, that ‘champion of justice and freedom’.

By his own admission, he was a red diaper baby, someone who was brought into the party by his parents and raised under what the Comintern called Party Discipline. That meant you followed the orders of the Kremlin, no questions asked. And that’s exactly what Pete Seeger did. He claimed that he ‘drifted out of the party in the 1950′s’, but he never once lifted his voice to oppose Soviet tyranny until the game was almost over, in 1982 when he made statements in favor of Poland’s Solidarity movement.

After the 1939 Hitler-Stalin pact, there were some commies who woke up to what that meant and left the Party. But not Pete Seeger! Whatever Hitler was doing to the Jews was no never mind to him. As a member of the Almanac singers (later called the Weavers) with a fellow party member, Woody Guthrie, he totally followed the Moscow line, calling for America to stay out of WWII…here’s a sample lyric: “Franklin D., listen to me,/You ain’t a-gonna send me ’cross the sea.”

He and his fellow Party members lobbied aggressively against aid to Britain, American re-armament and against FDR’s selective service act, which passed in 1940 by one vote. If it hadn’t, things would have been very different after Pearl Harbor. The Almanac’s 78 recording, Songs for John Doe was so subversive even Eleanor Roosevelt, a fan of the group, denounced it.

That changed abruptly in June, 1940, when Hitler invaded Russia. Then, Seeger and his friends started singing a brand new tune, urging America to get into the war and save Stalin’s posterior. In a true 1984-style example of revisionism, Seeger and his pals had all the available copies of Songs for John Doe recalled and destroyed…although enough copies remained in a few people’s hands so that we can see exactly how hypocritical, radical and anti-American these people were.

After the war, Seeger remained active in shilling for Stalin and his successors. He was one of the leaders calling for clemency for the Rosenbergs, the spies who gave Stalin the atom bomb. Yes, the great world peace advocate had no problem with a homicidal maniac and mass murderer like Stalin getting the bomb.

In 1945, Seeger put together something called People’s Songs, Inc, an organization designed to “create, promote and distribute songs of labor and the American People.”

Here’s what the California Senate fact finding committee had to say about it:

“People’s Songs is a vital Communist front … one which has spawned a horde of lesser fronts in the fields of music, stage entertainment, choral singing, folk dancing, recording, radio transcriptions and similar fields. It especially is important to Communist proselytizing and propaganda work because of its emphasis on appeal to youth, and because of its organization and technique to provide entertainment for organizations and groups as a smooth opening wedge for Marxist-Leninist-Stalinist propaganda.”

Along with his commendable support for civil rights for blacks in America, Seeger continued to be a shill for the Soviets and ultra-Left causes throughout the years.

He was a big advocate of unilateral disarmament by the West, including the Soviet’s phony International Peace Petition. In spite of his image as a champion of freedom, he had nothing to say about the Soviet repression of democratic revolutions in Hungary in 1956, or in Czechoslovakia in 1968. And of course, he was a supporter of Fidel Castro and his executioner, Che Guevara.

He was predictably against the Vietnam War, but had nothing to say about the North Vietnamese gulags and fascist repression after the war, or Pol Pot and the Khmer Rouge’s Killing Fields in Cambodia.
He opposed President Reagan’s rearmament of the West after the Carter years, and was huge advocate of he Nuclear Freeze Movement of the 1980s, a Soviet-sponsored initiative that would have frozen Soviet nuclear and military superiority in place and stopped Reagan from defeating the Evil Empire.

In our non-Council category, the winner was Kevin Williamson/NRO for Great Caesar’s Ghost, submitted by Joshuapundit. Written the day of President Obama’s SOTU snoozefest, it takes apart the entire institution with wit and savage precision. Do read it.