Remember Nancy Pelosi’s famously idiotic and recorded rant on the floor of the U.S. House of Representatives, while Speaker, wherein she declared … ‘we’ve got to pass the [2,000+ page healthcare] bill–so we can learn what’s in it?’

The first painful lesson Democrats learned after passing it, was that voting ‘against the will of the people’ cost them nearly 90 seats in both the House and Senate during the tumultuous November 2010 mid-term elections–most of whom were replaced by Tea Party Conservatives, who have been challenging and exposing their corrupt liberal/socialist ideology ever since.

Also, at the time, it was estimated by the Congressional Budget Office (CBO) to cost $940 Billion over the 10 years beginning in 2009–but, that only included six years of benefit payments, due to the delay of implementation, according to a very expedient article today by Philip Klein, Senior Political Editor at The Washington (DC) Examiner, our sister publication.

My colleague, Klein, stated that Democrats employed many accounting tricks when they were pushing through the national health care legislation, the most egregious of which was to delay full implementation of the law until 2014, so it would appear cheaper under the CBO’s standard ten-year budget window and, at least on paper, meet Obama’s pledge that the legislation would cost “around $900 billion over 10 years.”

However, the next most damning moment for the Obamacare “deception,” was when HHS Secretary, Kathleen Sebelius, caved under punishing questions during her first appearance since Obamacare became law, before the House Energy and Commerce–Health Subcommittee, one year ago, as reported in Amy Carey’s Daily Caller article on March 4, 2011.

Committee member, Rep. John Shimkus (R-IL), posed a line of questioning about whether $500 billion in Medicare cuts were used to sustain the program or pay for the law, in effect, being double-counted; it won’t work, even in Washington, D.C.–especially when you are throwing half-a-Trillion dollars around.

Shimkus: “There is an issue here on the budget … your attacking Medicare on the CR when your law cut $500 billion from Medicare.”

“Then you’re also using the same $500 billion to what? Say your [sic] funding health care. Your own actuary says you can’t do both. […] What’s the $500 billion in cuts for–preserving Medicare, or funding the health-care law?”

“I was shocked to hear the secretary admit that $500 billion is double-counted in the health-care law,” said Shimkus after Thursday’s hearing. “We knew the health-care law’s actual cost was much greater than originally told to the public. And now, the truth is slowly coming out in administration reports and testimony.”

Rep. Joe Pitts (R-PA), the chairman of the subcommittee added, “The same dollar can’t be used twice. This is the largest of the many budget gimmicks Democrats used to claim Obamacare would reduce the deficit.”

When contacted by The Daily Caller, Richard Sorian, Assistant Secretary for Public Affairs had this to say:

“The scoring of the Affordable Care Act is entirely consistent with how legislation has been scored for the 30 years, under Presidents of both parties, and Congresses of both parties. Savings in programs like Medicare and Social Security are scored as improving the solvency of those programs and reducing the deficit.”

Now, the CBO has filed its most recent scoring report, which begins in 2013 and includes nine years of benefits payments–estimating that it will cost $1.76 Trillion–nearly double the original estimate, according to Klein’s reporting.

Next year, if the law isn’t overturned by the Supreme Court or repealed by then, given that in 2022, the last year available, the gross cost of the coverage expansions are $265 billion, we’re likely looking at about $2 trillion over the first decade–more than double what Obama advertised.

A similar set of circumstances occurred recently, and it was roundly labeled “Fraud.”

But, in that case, Bernie Madoff was prosecuted by the government, and is now serving his 150 year sentence in federal prison–for defrauding just a few thousand Americans out of just $65 Billion.

Now imagine if the 224 House Democrats, 60 Democrat Senators and President Barack Obama, were to receive the same “equal justice” for perpetrating this Obamacare “fraud” on all of the American people–Washington, D.C. would instantly become a “Democrat-Free Zone.” 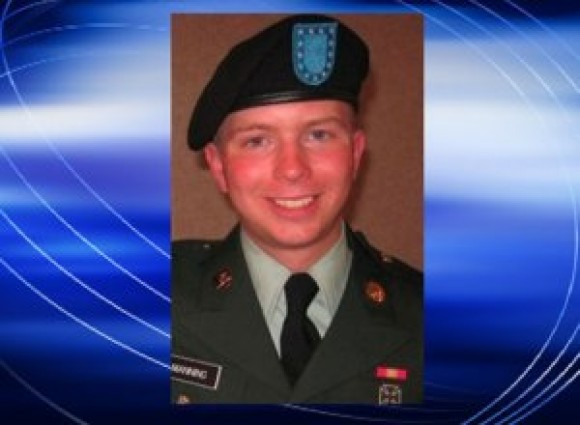 A motion hearing in the case of United States vs. Pfc. Bradley E. Manning is scheduled for March 15 at 10 a.m., at Fort Meade in Maryland, as WikiLeaks founder Julian Assange and his backers are coming under increasing scrutiny.

In the biggest release of classified information in U.S. history, Manning is accused of stealing hundreds of thousands of U.S. Government documents and turning them over to Assange and WikiLeaks. Evidence at Manning’s preliminary hearing demonstrated that there had been collusion between Manning, a military homosexual, and Assange, a convicted hacker now involved in the foreign propaganda operations of Moscow-funded Russia Today (RT) television.

Assange is said to be filming his new RT program from house arrest in England with a firm called Quick Roll Productions, a mysterious entity about which little is known.

Meanwhile, Anders Gyllenhaal, vice president for news and Washington editor for McClatchy, one of the U.S.-based media “partners” of WikiLeaks, has issued the following statement in response to our coverage of their relationship:

“McClatchy’s relationship with WikiLeaks is the same as we have with hundreds of people and organizations that provide information to our newspapers. This is not a partnership. We have no role in how WikiLeaks operates. We simply have an arrangement that enables us to review documents ahead of others. We then determine the information’s validity and value and publish based on our independent news judgment.”

AIM had referred to McClatchy as a possible “partner in crime” with WikiLeaks, as a result of the website listing the newspaper publisher as a “partner.” McClatchy opposes the pilfering of its own confidential corporate information but received from WikiLeaks the emails and other material stolen by the hacker group Anonymous from Stratfor.

Manning, an alleged major source for WikiLeaks, is charged with the following: “aiding the enemy; wrongfully causing intelligence to be published on the internet knowing that it is accessible to the enemy; theft of public property or records; transmitting defense information; fraud and related activity in connection with computers; and for violating Army Regulations 25-2 ‘Information Assurance’ and 380-5 ‘Department of the Army Information Security Program.’”

The documents include diplomatic cables detailing critical infrastructure and installations and technical information about radio frequency-jammers used by American soldiers to cut off signals to remotely detonated explosives and roadside bombs.

If convicted of all charges, the Army says Manning would face a maximum punishment of reduction to the lowest enlisted pay grade, E-1; total forfeiture of all pay and allowances; confinement for life; and a dishonorable discharge. Strangely, the death penalty has been taken off the table.

The motion hearing is designed to facilitate the full-blown court-martial of Manning. But a date for the trial has not yet been determined. Manning’s lawyers have suggested a trial by June, while prosecutors are talking about August.

Michael Ratner of the Center for Constitutional Rights, attorney for Julian Assange and WikiLeaks, is worried that Manning may cut a deal with U.S. Government prosecutors in exchange for implicating Assange in the theft and release of classified U.S. information. The deal could result in Assange being extradited to the U.S. and charged with espionage. “Their big fish here is Julian Assange and WikiLeaks,” says Ratner. A federal grand jury in the case has reportedly been considering charges against Assange, with one of the leaked but unconfirmed Stratfor emails indicating that a secret indictment against Assange has been handed down.

It is also possible that Assange could be designated as an enemy combatant by the U.S., Ratner said, opening Assange up to possible detention or even termination by U.S. forces.

Former State Department adviser Christian Whiton has accused WikiLeaks of conducting “political warfare against the U.S.” and says, “WikiLeaks is a foreign organization that obtained these documents as a result of espionage and it means to use the information to thwart and alter U.S. policy.”

Whiton has called for the U.S. Justice Department to indict Assange and his colleagues for espionage, “regardless of whether he is presently in a U.S. jurisdiction, and ask our allies to do the same.” In addition, he said that Obama should consider designating WikiLeaks and its officers as enemy combatants, “paving the way for non-judicial actions against them.”

Washington Times columnist Jeffrey Kuhner agrees, saying, “Julian Assange poses a clear and present danger to American national security. The WikiLeaks founder is more than a reckless provocateur. He is aiding and abetting terrorists in their war against America. The administration must take care of the problem—effectively and permanently.”

Gary Anderson, a retired Marine Corps Colonel who served as a Special Advisor to the Deputy Secretary of Defense on Counterinsurgency from 2003-05, has written, “We should use whatever resources that we need to have him apprehended as an enemy combatant and send him to Guantanamo Bay where our government can decide to do with him. We will want to take our time to determine how to dispose of his case and any avoid any legal mistakes; five or six years should do the trick.”

In letters to Attorney General Eric Holder and Secretary of State Hillary Clinton, Rep. Peter King, chairman of the House Homeland Security Committee, asked that Assange be prosecuted under the Espionage Act and that WikiLeaks be designated as a foreign terrorist organization.

No such actions have been announced by Holder or Clinton.

King introduced a bill (H.R. 703), the Securing Human Intelligence and Enforcing Lawful Dissemination Act, to make it easier to charge Assange under the espionage act. A companion bill on the Senate side is S. 315. No action has been taken on either piece of legislation.

On the campaign trail, GOP presidential candidate Newt Gingrich has described Assange as an enemy combatant, while Rick Santorum has labeled him a terrorist. Vice President Joseph Biden has himself called Assange a “high-tech terrorist.”

On the other hand, Republican Representative and candidate Ron Paul says Manning is a “hero” and “patriot” and Assange is a whistleblower who deserves praise for publishing U.S. secrets.