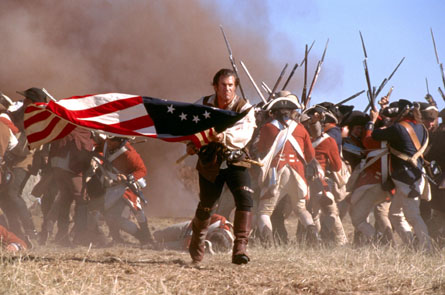 Watching the debt ceiling battle is like watching a horrific train crash in slow motion and knowing you can’t do anything to stop it. I’ll repeat myself, you are being lied to…

For those of you who may have forgotten and for those of you who possibly never knew, regardless of what you are hearing in the news, there are NO spending cuts. There are only “budget” cuts. The “natural” progression of expenditures in Washington, having its own localized financial physics, is that every budget item everywhere in the budget, always increases every year. And any failure to increase the amount by the full expected amount, is scored by the CBO as a budget cut. To the point, where if you simply did nothing more than freeze Washington’s budget at exactly the figures they are today, cutting nothing, the CBO would score this as a 9 Trillion dollar “budget cut” over the next 10 years. Imagine adding to that the 1% across-the-board cut that Connie Mack is putting forth. It would balance the budget and save America. Evidently, this is “too simple” for our politicians for the most part to understand.

The Penny Plan balances the budget by:

Notice I didn’t say $7.5 Trillion in “budget cuts.” This is an actual reduction in spending.

If Congress and the President are unable to make the necessary cuts, the bill’s fail-safe triggers automatic, across-the-board cuts to ensure the one percent reductions are achieved.

But they won’t do this, simply because it is sane and would save the country. Instead we have political Kabuki Theater that roils even the strongest of political constitutions.

The Tea Party has been maligned, abused, falsely accused, mocked and derided for standing for freedom and fiscal responsibility. 22 stood against Boehner’s suicidal plan that was nothing more than cover for a revisit to the McConnell/Reid monstrosity. We will remember these heroes and what they stand for.

Why am I not surprised at the list of names? These people are my heroes. They stood when it mattered. They held the line. Not everyone of stature is so foolish as to be fooled by the “get your ass in line” rhetoric of Boehner. The only car being driven in the midst of this intense political pressure is being driven right off a cliff. Where are the voices defending the Tea Party? Defending our patriots? Defending America? I stand with the 22 who stood up to Boehner. I stand with the Tea Party.

So what do Republicans do? Why they come up with pointless plans that in reality are no different from the Democrats. Don’t talk to me about a Balanced Budget Amendment. They aren’t serious, they only put in a provision to get a chance to vote on it. It will never materialize that way. It’s another lie. And the cuts are a joke – they will not happen. Forget about capping spending – the Cloward and Piven frenzy of spending continues its suicidal dance, capering gleefully toward the chasm’s edge.

And some of those we believed to be true Tea Party patriots have been seduced by the dark side. They caved at the first opportunity and turned away from those who helped elect them. Spines we thought were forged from steel morphed into slinkies in record time.

“If ye love wealth better than liberty,
the tranquility of servitude
better than the animating contest of freedom,
go home from us in peace.
We ask not your counsels or your arms.
Crouch down and lick the hands which feed you.
May your chains set lightly upon you,
and may posterity forget that you were our countrymen.”

As I write this, Congress is still deadlocked on the budget. God help us if the horrific McConnell/Reid plan goes through empowering a Super Congress, raising the debt ceiling by 3 Trillion with staggered cuts that will almost assuredly never materialize. But if it does not go through, I believe Obama will opt for an Executive Order, using the 14th Amendment as cover, ushering us into a dictatorship with an iron grip on America’s throat and jackboots dancing an evil jig on the Constitution. Boehner and all the other RINOs are complicit. We are watching what you do, not what you say.

As Boehner and McConnell strike a deal with the devil, the clock ticks on towards the Tuesday deadline. As for me, I take the conservative stand come hell or high water. Patriots prepare. Progressives be damned.

16 thoughts on “The Conservative Stand”