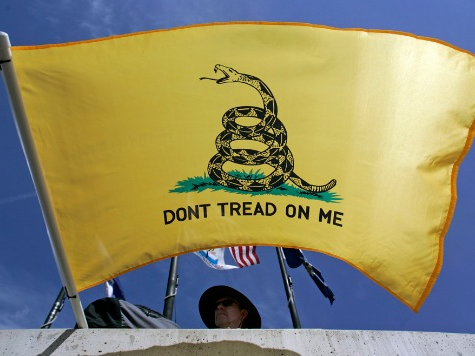 The GOP goes the way of the Whigs — long live the Tea Party!!!

If you will not fight for right when you can easily win without bloodshed; if you will not fight when your victory is sure and not too costly; you may come to the moment when you will have to fight with all the odds against you and only a precarious chance of survival. There may even be a worse case. You may have to fight when there is no hope of victory, because it is better to perish than to live as slaves. – Sir Winston Churchill

If you remain silent at this time, relief and deliverance for the Jews will arise from another place, but you and your father’s family will perish. – The Book of Esther, 4-14

This week’s winner, Joshuapundit’s The Ayatollahs Laugh – Iran’s Nukes And The New ‘Red Lines,’ is the sordid tale of how the Iranians are already using President Obama’s ‘re-engagement’ with Iran to gain time for their nuclear weapons program, what’s apparently going on behind the scenes and the effect this is having in the Middle East. Here’s a slice:

Now that the talks on Iran’s illicit nuclear program have started in Geneva, the Iranians are already revealing that they’re a farce that will mean nothing, just as they always have.

As the latest round of talks was being scheduled, Majlis Speaker and former Iranian nuclear negotiator Ali Larijani said that Iran has more enriched uranium than it needed and said that it could be used as a bargaining chip with the West, referring to a previous plan advanced by Russia to enrich Iran’s uranium outside Iran,ostensibly to prevent any weaponization.

The day before the talks, Iran’s Deputy Foreign Minister Abbas Araqchi said on Iranian state TV that “Shipping out the [enriched] material is a red line for Iran,” and that it would not even be considered.

In fact, at this point the only thing the Iranians are saying they’ll negotiate is the level and quantity of enriched uranium and the type and number of centrifuges…in exchange for a complete lifting of sanctions:

“We are supposed to enter into a trust-building path with the West,” Araqchi said. “In their point of view, trust-building means taking some steps on the Iranian nuclear issue, and in our view, trust is made when the sanctions are lifted.”

And trust, of course will take time, from the Iranians viewpoint.As much time as possible. Meanwhile, the centrifuges are spinning.And Iran admits to already having 200 kilograms (440 pounds) of 20 percent-enriched uranium, a form that can be quickly upgraded for weapons use. That’s within spitting distance of what’s needed for a nuclear weapon, and based on their previous track record the Iranians might well have a lot more than that hidden away.

The Obama Administration has also publicly signaled its willingness to quickly drop the sanctions on Iran as part of negotiations.

In fact, according to the terms of the talks President Obama and Secretary of State John Kerry agreed to, the Iranians can even continue to enrich uranium freely while the talks continue. And while those talks go on, the Iranians are also taking advantage of the diplomatic engagement to conceal materials and fortify their nuclear sites.

So, where does this leave us? Let’s summarize:

President Obama has apparently accepted the Iranian position that they have the right to enrich uranium. He has done this in spite of the regime’s support of terrorism, its complicity in 9/11, it’s history of duplicity and lies on its nuclear program, and its often expressed hatred for The Great Satan, as the Iranian regime refers to America.

President Obama has swallowed assurances by Iran that they have no interest in nuclear weapons, that Iran’s nuclear program is solely for peaceful purposes (which is why they kept it hidden and clandestine for so long), and that Iran’s Supreme Leader the Ayatollah Khamenei issued a fatwa against nuclear weapons…even though he didn’t, and no record of the supposed ‘fatwa’ exists.

The Iranians will be allowed to continue enriching uranium. We have no way of verifying how much or to what degree, or really anything much while the talks continue and perhaps even after they’re completed. President Obama has also apparently accepted the Iranian demand that enriched uranium will stay in Iran under Iran’s control.

No mention at all has been made of closing down the top secret Iranian nuclear plant at Fordo, or its heavy water plant at Arak, which has no peaceful application, but can only be used to drive a reactor manufacturing weapons grade plutonium, a second path to nuclear weapons.

And President Obama and his team are willfully ignoring the fact that once you have the capability of enriching uranium to any degree and a full fuel cycle, you’re able able to produce nuclear weapons. They are also apparently willing ignore the fact that a peaceful nuclear program can exist without requiring uranium enrichment or plutonium production. Only a nuclear weapons program does.

In our non-Council category… boy did we have some quality stuff this week for you, handpicked by the Council. There was a lot of good stuff here, but the winner this week was David Horowitz with The Threat We Face submitted by Nice Deb. For those of you whom don’t know, the renowned author and speaker was raised as a Red Diaper Baby and was a rising star in the Left… until something dramatic happened that forced him to perform that most courageous of acts, a true self-examination. Anyone interested in reading about this story first hand should obtain his book, Radical Son.

This week’s winning entry is a transcript of a recent speech Horowitz gave… and in it, he reveals the true nature of the Left and helps us understand it in a way only someone who was once a core part of it could. This is a must-read.